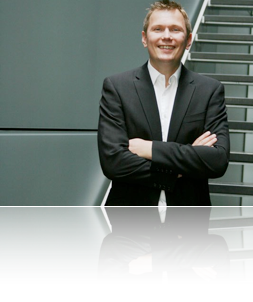 Who we are
We are a network of experienced and influential leaders in Europe´s digital landscape.
Ace Ventures was founded in 2009 by Daniel Klarkowski.   Please be invited to meet Daniel…

eBay Alumni
Daniel is founder and host of the eBay Alumni Group in Germany, a network of more than 400 influential Internet Professionals, who worked at eBay Inc. and
now hold regular networking events in Germany to leverage their current businesses.
eBay Alumni

Born.com
Daniel supported the launch of BORNforsports in Germany and became Country Manager.
BORNforsports was founded in 2006 in France by Jean-Cristophe Chopin and is a unique and innovative online MarketSpace where consumers can
purchase technical sport and active lifestyle apparel. Current trading marketplaces include Germany, France, Italy, China and United Kingdom.
www.born.com

Skype
Daniel joined Skype to head up business development for the D-A-CH region, which are the german-speaking markets in Europe.  In addition Daniel was acting as Country Manager
for Skype Germany. In late 2006 Skype decided to
centralize european operations in London.
www.skype.com

Kijiji
Daniel founded Kijiji for eBay in Germany. Kijiji is a free  local classifieds site.  Kijiji acquired Opusforum.org in 2005 and integrated its business into the Kijiji platform in 2006.  Kijiji is the market leader in Germany and was renamed to eBay Kleinanzeigen in 2009.
www.kijiji.de

eBay Inc.
Daniel joined eBay in Germany to head up the Luxury Goods section and to establish a business for high-value goods such as watches, gems and jewelry at eBay.  Later Daniel headed up the Consumer Electronics Group and the Collectibles Group at eBay as well.
During his time at the eBay Inc. Daniel invented the art of „Find-ability“ which describes the structuring of inventory and products in a way which rebuilds
the offline shopping behaviour of the consumer and combines it with the technological possibilities of the web. Daniel is a well-recognised expert on „Find-ability“ and consulting to eBay countries and subsidiaries around the globe.
www.eBay.de

What can we do together?